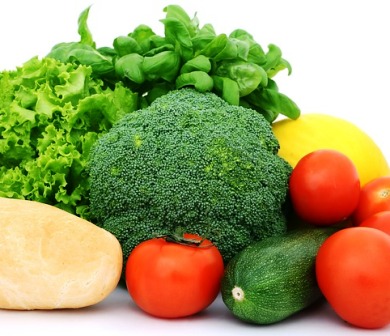 Nutrients are substances needed for growth, metabolism, and for other body functions. Macronutrients are nutrients that provide calories or energy. The prefix makro is from the Greek and means big or large, used because macronutrients are required in large amounts. There are three broad classes of macro-nutrients: proteins, carbohydrates, and fats.

The main function of macronutrients is to provide energy, counted as calories. While each of the macronutrients provides calories, the amount provided by each varies. Carbohydrate provides four calories per gram, protein also four while fat provides nine. For example, if the Nutrition Facts label of a given food indicates 12 g of carbohydrate, 2 g of fat, and 0 g of protein per serving, the food then has 12g carbohydrate x 4 calories = 48 calories þ 2 g fat x 4 calories = 8 calories for a total of 48 þ 8 calories = 56 calories per serving). Macronutrients also have specific roles in maintaining the body and contribute to the taste, texture and appearance of foods, which helps to make the diet more varied and enjoyable.

Proteins, from the Greek proteios meaning “first”, are important biological molecules (biomolecules) that consist of strings of smaller units called amino acids, the “building blocks” of proteins. These amino acids are linked together in sequence as polypeptide chains that fold into compact shapes. Proteins vary in

The three functions of macronutrients

shape and size, some consisting only of ^20-30 amino acids and others of several thousands. They are present in every living cell. In the skin, hair, callus, cartilage, muscles, tendons and ligaments, proteins hold together, protect, and provide structure to the body. As enzymes, hormones, antibodies, and globulins, they catalyze, regulate, and protect the body chemistry. Important biomolecules like hemoglobin, myoglobin and various lipoproteins, that carry oxygen and other substances within the body are also proteins.

Besides providing energy to the body, dietary protein is also required for growth—especially by children, teenagers, and pregnant women, tissue repair, immune system function, hormone and enzyme production, and for lean muscle mass and tone maintenance. When eaten, the proteins contained in foods are broken down into amino acids, an important dietary source of nitrogen. To make the proteins that it needs (protein biosynthesis), the body also needs them. There are 20 amino acids and the body can make some of them from components within the body, but it cannot synthesize nine of them, accordingly called the “essential amino acids” since they must be provided in the diet. They include: histidine, isoleucine, leucine, methionine, phenylalanine, threonine, tryptophan, and valine. Protein that comes from animal sources are called “complete proteins” because they contains all of the essential amino acids while protein from plants, legumes, grains, nuts, seeds and vegetables are called “incomplete proteins” because they are lacking one or more essential amino acid(s).

Proteins are complex molecules and the body needs time to break them down. This is why they are a slower and longer-lasting source of energy than carbohydrates. According to the Dietary Reference Intakes (RDI) published by the Unites States Department of Agriculture (USDA), adults need to eat about 60 grams of protein per day (0.8 g per kg of weight). Adults who are physically very active or trying to build muscle need slightly more. Children also need more. If more protein is consumed than is needed, the body stores its components as fat, which can be broken down and used for energy as need arises. Proteins are broken down during digestion, which exposes them to acid in the stomach and to degradation by the action of enzymes called proteases. Some ingested amino acids are converted to carbohydrates (gluconeogene-sis), which is also used under starvation conditions to generate glucose from the body’s own proteins, particularly those found in muscle.

Carbohydrates have two major roles: they are the primary energy source for the brain and they are a source of calories to maintain body weight. A diet containing an optimum level of carbohydrates may help prevent body fat accumulation. They are also involved in the construction of the body organs and nerve cells, and in the definition of a person’s biological identity such as their blood group. Dietary fiber, which is a carbohydrate, also helps keep the bowel functioning properly. Because they are smaller, simple carbohydrates can be broken down by the body more quickly and they are the fastest source of energy. Fruits, dairy products, honey, and maple syrup contain large amounts of simple carbohydrates, which provide the sweet taste in most candies and cakes. Complex

Amino acid—There are 20 amino acids. The body can synthesize 11, but the nine called essential amino acids must be consumed in the diet.

Biomolecule—Any organic molecule that is an essential part of a living organism.

Calorie—A unit of food energy. In nutrition, a calorie of food energy refers to a kilocalorie and is therefore equal to 1000 true calories of energy.

Disaccharide—A molecule made up of two mono-saccharides, such as sucrose, lactose, and maltose.

Enzyme—A protein that accelerates the rate of chemical reactions.

Essential amino acids—The nine amino acids that can not be made by the body: histidine, isoleucine, leucine, methionine, phenylalanine, threonine, tryp-tophan, and valine.

Essential fatty acids—Compounds that can not be made by the body and must be consumed in the diet. They include linoleic acid, linolenic acid, arachi-donic acid, eicosapentaenoic acid, and docosahex-aenoic acid.

Glycerol—The central structural component of triglycerides and phospholipids. It is made naturally by animals and plants; the ratio of atoms in glycerol is three carbons, eight hydrogens, and three oxygens.

Glycogen—A polysaccharide that is the main form of carbohydrate storage and occurs primarily in the liver and muscles. Glycogen is used as a fuel during exercise.

Hydrocarbon—A substance consisting only of carbon and hydrogen atoms.

Lipoprotein—A combination of fat and protein that transports lipids in the blood.

Monosaccharide—Any of several carbohydrates, such as glucose, fructose, galactose, that cannot be broken down to simpler sugars.

Polypeptide—A molecule made up of a string of amino acids. A protein is an example of a polypeptide.

Oligosaccharide—A carbohydrate that consists of a relatively small number of monosaccharides, such as maltodextrins, fructo-oligo-saccharides.

Polysaccharide—Any of a class of carbohydrates, such as starch, amylose, amylopectin and cellulose, consisting of several monosaccharides.

Proteases—Enzymes that break peptide bonds between the amino acids of proteins.

Protein biosynthesis—Biochemical process, in which proteins are synthesized from simple amino acids.

Protein sequence—The arrangement of amino acids in a protein.

carbohydrates occur in a wide variety of foods. For example, table sugar (sucrose) is a combination of the glucose and fructose that occurs naturally in sugar beet, sugar cane and fruits. Lactose is the main sugar in milk and dairy products and maltose is a sugar occurring in malt. Another type of carbohydrate are the polyols, the so-called sugar alcohols. They do occur naturally but most are made commercially by the transformation of sugars. Complex carbohydrates also include starch, the main energy reserve in root vegetables and cereals. Non-starch carbohydrates are the main components of dietary fiber. These are the indigestible portion of plant foods, such as cellulose, the major component of plant cell walls that consists of several thousand glucose units. Simple sugars are absorbed directly by the small intestine into the bloodstream, where they are then transported to where they are required. Complex carbohydrates are broken down by enzymes into their constituent sugars which are then absorbed into the bloodstream while dietary fiber moves food through the digestive system.

Besides being a source of energy, fat stores protect the internal organs of the body. Some essential fats are also required for the formation of hormones. Fats are the slowest source of energy but the most energy-efficient form of food. Each gram of fat supplies the body with about 9 calories, more than twice

that supplied by the two other macronutrients. Because fats are such an efficient form of energy, they are stored by the body either in the abdomen (omental fat) or under the skin (subcutaneous fat) for use when the body needs more energy. Fats that are in foods are combinations of four main types:

The three types of macronutrients do not have the same chemical composition. When compared with carbohydrates and fats, proteins are very different.

Fats largely consist of hydrocarbon chains, containing 75-85% carbon. Carbohydrates are roughly 50% oxygen, and like fats, they usually have less than 5% nitrogen or none at all. Proteins, on the other hand, consist of 15-25% nitrogen and about an equal amount of oxygen. The three macronutrients are often found together in most foods, but in varying amounts, or alone in other foods. The Nutrition Facts labels provide a breakdown of the macronutrient composition of various foods.

According to RDI, between 10 and 35% of calories should come from protein.

Foods that are a source of protein include:

According to the RDI, between 50 and 55% of calories should come from carbohydrates and 20-35 g dietary fiber per day should be taken by all those over two years of age.

Sources of dietary carbohydrates include:

Sources of dietary fats include:

The main potential adverse effect associated with macronutrients is that if they are not consumed in the required amounts, a nutritional deficiency disorder may result, affecting body function more or less severely. Some precautions are also advisable concerning the excessive consumption of specific macronutrients. For example, foods containing sugars or starch are broken down by enzymes and bacteria in the mouth that produce acid, which attacks the enamel of the teeth. Saliva normally provides a natural repair process that rebuilds the enamel. But when carbohydrate-containing foods are consumed too frequently, the repair process is too challenged and tooth decay occurs. As for fats, their excessive consumption leads to overweight and obesity. Excess fat is not only stored subcutaneously but also in blood vessels and organs, where it blocks blood flow and damages organs such as the heart. Precautions are also required for people who avoid all foods of animal origin as they may have difficulty meeting their protein requirements.

Adequate intakes of protein, fat and carbohydrate are essential to normal growth, development and body maintenance but unlike micronutrients (vitamins and minerals) where a specific deficiency or excess can be related to a specific disease, the relationships between macronutrients and nutritional disease is much more difficult to understand. This is partly because macronutrients interact with each other and with substances in the body in a way that is very hard to describe accurately. They can also inter-convert, while all contribute to energy intake. Most people enjoy a wide variety of foods with no problems. But for some people however, the interactions of specific foods or their components with the body may cause adverse reactions ranging from a slight rash to a severe allergy.

In the case of allergic reaction, the only way to treat sensitive individuals is to eliminate the food or food component from the diet. In the case of food intolerance, limiting the food to smaller servings may be sufficient to avoid symptoms. The number of calories required to correct or maintain weight depends on several factors, including age and activity level. This is why conditions such as nutritional deficiencies and obesity require professional care, that should be supervised by a physician working with a dietician.

A common complication of unbalanced intake of macronutrients is diabetes, a metabolic disorder whereby the body cannot regulate blood glucose levels properly. There is no evidence that sugar consumption is linked to the development of any type of diabetes. However there is now good evidence that obesity and physical inactivity increase the likelihood of developing non-insulin dependent diabetes, which usually occurs in middle age. Weight reduction is usually necessary and is the primary dietary aim for people with non-insulin dependent diabetes. Consuming a wide range of carbohydrate foods is an acceptable part of the diet of all diabetics, and the inclusion of low gly-caemic index foods is beneficial as they help regulate blood glucose control.