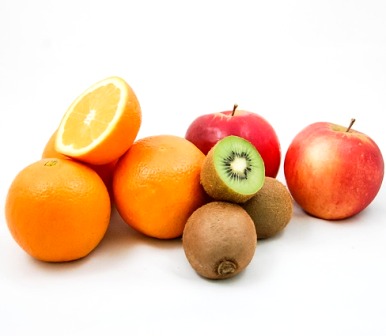 A fruitarian diet is a strict form of a vegetarian diet that is generally limited to eating fresh fruits.

The fruitarian diet has been around for hundreds of years and probably longer. In his writings, artist, scientist, and inventor Leonardo da Vinci (1452–1519) indicated he was a fruitarian. Despite the popular view that.

U.S. Centers for Disease Control and Prevention recommended amount of fruit per day.

early man was primarily meat-eaters, there is some scientific evidence to indicate that they ate a diet composed primarily of fruits, nuts, and berries. Some religious scholars argue that the original fruitarians were Adam and Eve in the Garden of Eden. There are a number of historical references to a fruitarian diet in the 1800s and 1900s. In much of the historical documentation, people who became fruitarians switched to a more accepted diet after a few months or years, often renouncing the diet. Indian spiritual and political leader Mahatma Gandhi (1869–1948) was a fruitarian for six months in the early 1900s before going back to a vegetarian diet.

Many fruitarians believe the quality of fruit available in most commercial supermarkets is poor. This is due to hybridization, chemical fertilization, chemical pesticides, and harvesting before the fruit is at the peak of ripeness. They suggest buying certified organic fruit, preferably heirloom, often found at farmers’ markets and health food stores.

Fruitarian and author David Wolfe says it is best to eat one type of fruit at a time and wait 45 minutes before another type of fruit is eaten. The Fruitarian Foundation recommends waiting at least 90 minutes between fruit types. If a person still is hungry after eating one type of fruit, they should eat more of the same type of fruit until their hunger is satisfied. People on the diet should eat only when hungry and then eat as much as they want until their hunger is satisfied. Those on a diet where only one type of fruit is eaten at a time will know when they have eaten enough, according to Wolfe. Their appetite will turn off and they will suddenly feel like they have eaten too much. Once satiated they will not gain the same satisfaction from the fruit. This is a signal from the body to stop eating, Wolfe states. The signal to stop eating is not as strong in people who eat more than one type of fruit at the same time. For a person who eats only fruit, there is no need to drink water. All the water the body needs is contained in the fruits. People whose diet is less than 100% fruit should supplement it with water. Some fruitarians fast one day a week. People fasting must drink a normal amount of water, usually eight to 10 glasses a day.

The following is a typical one-day meal plan from the Fruitarian Foundation for a fruitarian diet:

Many people on a fruitarian diet give up the diet after a few months or several years because they find it too difficult to maintain. The problems include intense obsessions with food, social isolation, psychological problems, and frequent hunger. Because of these reasons and others, many people adopt a high-fruit diet composed of 50–75% fruit. The rest of the diet contains vegetables, including beans for protein In some cases, the diet is still one of only raw (uncooked and unprocessed) foods while in other cases, it may include some cooked foods, such as potatoes.

Most Websites about fruitarianism emphasize that there are social concerns associated with a fruitarian diet. Much of this is because many fruitarians adopt the diet as part of a larger philosophical shift that is outside the mainstream of Western society. This includes animal rights and environmental activism, New Age spiritualism, meditation, and pacifism. In the United States, becoming or being a fruitarian or vegetarian is often seen as both a social and political statement. This can sometimes lead to conflict with family, friends, and even society at large.

“Those who live on their own and don’t have any friends will have no problem changing their diet, though they may lead a bit of a lonely life,’ write fruitarians Lawrence and Michael Sartorius on the Website The New Earth (http://www.thenewearth.org). ‘For most of us, however, eating with families and friends is a daily experience and we need to consider how best to interact with them so that at the very least we do not cause a lot of inconvenience or appear cranky and antisocial with others. Younger readers especially may find themselves in conflict with their families and friends, putting them under severe pressure to ‘give up this nonsense and eat sensibly like everybody else”.

For people facing these problems, the Sartorius’ recommend explaining a decision to become a fruitarian with clear facts and strongly expressing personal views. This includes explaining that there is a growing trend towards healthier foods. Also, point out the growing health problems in the United States, including obesity, heart disease, cancer, diabetes, high blood pressure, and high cholesterol, which are often related to a bad diet and bad eating habits. Explain to friends the specific benefits of being a fruitarian or vegetarian, which includes living a longer, healthier life.

There are as many reasons for being a fruitarian as there are variations of the fruitarian diet. One reason is the opposition to killing animals for food, another is opposition to consuming any products that come from animals. Other reasons include opposition to killing any plant for food, health benefits, environmental concerns, and spiritual beliefs. The primary function of a fruitarian diet is to promote health and energy. Once someone adopts a fruit diet, they become physically, mentally, emotionally, and spiritually healthier, according to the Fruitarian Foundation (http://www.fruitarian.com). The foundation’s philosophy states that fruitarians develop a fine-tuned body and experience few or no headaches, develop a greater resistance to illness, pain, and aging, and need less sleep. ‘The proper application of fruitarian dietary and lifestyle is calculated to allow the human to produce healthy offspring, live more than 100 years of age, be free of all disease, and only Lsquo;mature’ while not aging, as most people think of it, and die a natural death in their sleep,’ according to a statement on the foundation’s Website. ‘Man cannot eat of everything and maintain his good health. Man was created to eat of the fruits of the trees.’.

The benefits of a fruitarian diet are mostly promoted by people on the diet, rather than scientific research. These benefits include increased mental power and clarity, creativity, happiness, energy, confidence, self-esteem, and concentration. Physical health benefits, according to the Fruitarian Foundation, include preventing and curing cancer, constipation, insomnia, depression, and digestive problems, weight loss, wound healing, strengthening the immune system, reducing or eliminating menstruation, increasing sexual vitality, improvements in the health and appearance of skin, hair, eyes, and nails, improving muscle coordination, and the ability to control addictions to alcohol, drugs, and tobacco. The United States Department of Agriculture recommends fruit be included in daily meal planning, although the amount depends on age, gender, weight, height, level of physical activity, and weight loss goals. It must be noted that there is no scientific evidence that eating a fruit-only diet can cure any disease.

Tom Billings, a writer and long-time vegetarian, was a self-described fruitarian for about 10 years. His experiences as both a vegetarian and fruitarian are chronicled on the Website Beyond Vegetarianism. He lists the benefits of a fruitarian diet as including:

To get all of the vitamins, minerals, and nutrients that a body needs, a fruitarian must eat a wide variety of fruit and in many cases, large quantities. Very little protein can be obtained from fruit. To obtain the necessary amounts, fruitarians must include in their diet fruits and nuts that are highest in protein, including avocados, nuts, and dates. Still, it will be difficult to get the amount of protein the body needs on a daily basis. Vitamin, mineral, and other nutritional supplements can be taken to insure that a person is getting the recommended amounts. However, this does not fit into the nature-only philosophy of many fruitarians. Doctors strongly recommend that women who are pregnant or nursing not be on a fruitarian diet. Doctors also say children should not be on a fruitarian diet because their bodies require extra nutrients to sustain normal growth along with mental and physical development.

There are many risks associated with a fruitarian diet and the risks grow as the degree of fruitarianism increases. That is, a person whose diet is 75% fruit is likely to have more health issues that a person on a diet consisting of 50% fruit. There are serious risks associated with the diet for diabetics, since fruit has a high sugar content. People with diabetes and insulin resistance syndrome should not go on an all-fruit diet. There are also the risks of serious nutritional deficiencies, including vitamin B12, calcium, iron, zinc,.

omega-3 and omega-6 amino acids, and protein. There is also the risk of severe weight loss, which can lead to anorexia and other health problems.

In 2001, a husband and wife from Surrey, England, were convicted of child cruelty in the death of their nine-year-old daughter. A pediatrician had testified in court that the infant, who died from a chest infection caused by malnutrition, was not developing properly because the mother’s breast milk was nutritionally deficient. The couple ate a diet of only raw vegetables, fruits, and nuts.

There is little, if any, scientific research that supports fruitarianism as a healthy lifestyle, especially over the long-term, unless foods such as beans, green vegetables, soy, and whole grains are included in the diet. However, there is much scientific documentation on the benefits of a vegetarian diet. There is general and widespread disapproval of an all-fruit diet by the medical, scientific, fitness, and vegetarian communities. Many people experience positive results after initially going on a fruitarian diet but over time develop health problems, including emaciation, constant hunger, weakness, and fatigue.

Morse, Joseph Stephen Breese. The Evolution Diet: What and How We Were Designed to Eat Seattle: Code Publishing, 2006.