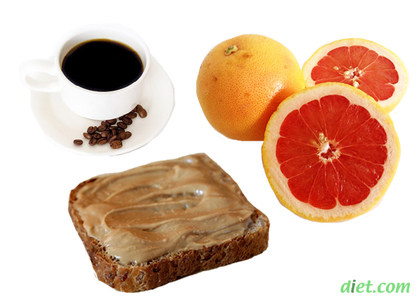 The Cleveland Clinic three-day diet is a very low-calorie diet (VLCD) or quick weight loss program intended to be followed, as the name indicates, for three days. There are certain foods (e.g., specific vegetables, hot dogs, vanilla ice cream, and saltine crackers) that the dieter must eat on specific days during the three-day period, although some versions of the diet allow substitutions. Most Internet versions of this diet promise a 10 lb (4.5 kg) weight loss over the first three days, or 40 lb (18 kg) if the diet is followed for a month. The Cleveland Clinic diet plan is primarily available on the Internet.

A number of other three-day diets share similar concepts as the Cleveland Clinic version, some of which are derived from other healthcare institutions or the military:

Urban legend—A story, anecdote, or piece of advice based on hearsay and circulated by person-to-person transmission, often by e-mail.

Very low-calorie diet (VLCD)—A term used by nutritionists to classify weight-reduction diets that allow around 800 or fewer calories a day.

There are no books or privately published versions of the Cleveland Clinic diet in print, which makes it difficult to date this diet let alone trace it back to its original source. Although some accounts maintain that the Cleveland Clinic diet first began to circulate around 1985, the Oregon Health and Science University’s disclaimer about this diet states that an early form of it called the University of Oregon Medical School diet has been passed around the Pacific Northwest since 1975. The Cleveland Clinic diet has been attributed to the cardiology departments of various hospitals and medical centers. Supposedly these facilities have overweight patients scheduled for heart surgery use the diet to help them lose weight before the operation.

Most versions of the Cleveland Clinic diet begin with the claim that the dieter will lose weight by means of a chemical breakdown. In fact, weight loss on this diet results from simple calorie restriction; the diet allows between 600 and 1,100 calories per day.

Variations of the three-day diet.

The primary function of the Cleveland Clinic three-day diet is rapid short-term weight loss. Most variations of the diet imply that the diet can be used indefinitely, following a three-days on and four-days off pattern. Some online versions of this diet claim that it is a detoxification and weight regulation diet. The Cleveland Clinic three-day diet is also claimed to reduce the dieter’s risk of heart disease by lowering blood pressure and cholesterol levels.

There are no benefits to health from the Cleveland Clinic diet other than a few pounds of temporary weight loss. Some dieters like the simple menu and no requirements for over-the-counter appetite suppressants.

The so-called Cleveland Clinic three-day diet or any of its three-day variations cannot be recommended for anyone who needs to lose weight; in particular, it poses risks to health for anyone with a history of heart disease or an eating disorder. In addition to avoiding fad diets such as this one, a general precaution for anyone seeking to lose weight is to consult a physician before trying any specific diet. This precaution is particularly important for adolescents, women who are pregnant or nursing, people with kidney or liver disorders, people with eating disorders, anyone who has had recent surgery, and anyone who needs to lose more than 30 lb (13.5 kg).

The Cleveland Clinic three-day diet is touted on some websites as a regimen that will lower blood cholesterol levels and the risk of heart disease. On the contrary, the diet requires foods that are high in fat, saturated fat, and cholesterol; all of which have been linked to heart disease.

The rigid rules associated with this diet as well as its calorie restriction place individuals diagnosed with eating disorders at risk of a relapse. A study at the University of Minnesota reported in 2007 that adolescent girls are at particularly high risk of developing or retaining disordered eating patterns with frequent exposure to magazine or online articles recommending diets, including such fad diets as the Cleveland Clinic diet.

Very restrictive diets such as the Cleveland Clinic diet may have an effect on dieter’s morale. Some nutritionists have expressed concern that when dieters fail to lose weight on these diets, the dieters see themselves as weak or lacking willpower rather than recognizing that the diet is unsustainable.

The Cleveland Clinic diet is rejected by mainstream physicians and dietitians. The American Heart Association (AHA) and the hospitals whose names have been associated with the cabbage soup diet have issued formal disclaimers warning the public that they do not endorse this diet. The Oregon Health and Science University stated in 2003 that the “hot dog and ice cream diet . . . has been a thorn in our side for years. . . . We will not publish the entire meal plan for fear that someone might take it seriously.”

The UAB Health System not only disowns the three-day diet, but notes its specific nutritional inadequacies,.

including not providing adequate iron and calcium needed for a healthy diet.

Other critics of the Cleveland Clinic diet note its association with yo-yo dieting or weight cycling Yoyo dieting is a phrase coined in the early 1980s by Kelly Brownell, an obesity specialist at Yale University, to describe a repetitive pattern of weight loss and regaining in which the dieter’s weight goes up and down like a yo-yo. The weight cycle may be as small as 5–10 lb (2–5 kg) or as large as 50 lb (22 kg). Weight cycling is no longer thought to affect metabolism but it does appear to increase a dieter’s risk of gallstones, high cholesterol levels, and high blood pressure. Therefore, it is healthier to lose weight slowly through lifestyle changes (including more exercise) and keep it off than to use fad diets like the Cleveland Clinic diet as part of a weight cycling pattern.